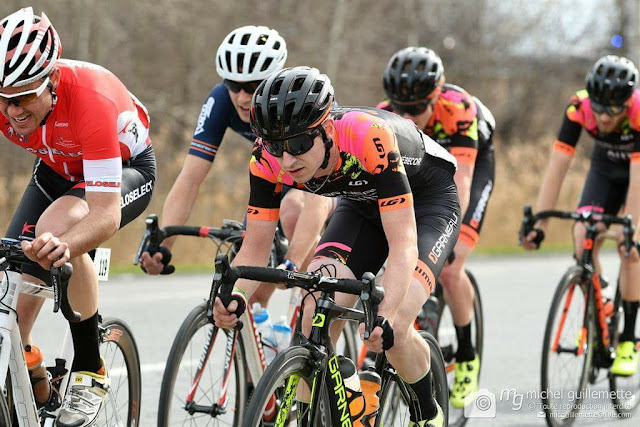 
He attacked on the first lap with Garneau-Quebecor Rider Felix Cote-Bouvette and stayed away until two laps to go by  2016 Canadian Champion Bruno Langlois  Olivier Brisbois and Silber Pro Cycling Rider Emile Jean eventually placing a strong 7th right behind Bruno Langlois of Garneau-Quebecor.   Congratulations to the team as Alan Dempsey was 13th as he was 3rd in the bunch (peleton) sprint as the rest of the team contributed to his placing.

Thanks for Reading and until next time: